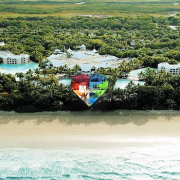 “I had been stuck in Sydney for six-months, which is an age for a ‘travel’ person. It was time to get away and soak up some sun,” says David.

His timing was fortuitous given that just three days before he was due to depart, the Queensland government announced that it was closing the state’s border to Sydney residents from midnight on 31 July. David arrived into Cairns at 6.00 pm slipping into the Sunshine State in the nick of time.

You can read a review of his Sydney-Cairns flight experience and his stay in Cairns at the Shangri-La Hotel, The Marina, Cairns HERE.

From Cairns, David drove north past Palm Cove to Port Douglas—a journey of just under 70-kilometres.

Driving along the Captain Cook Highway the views are staggering with rainforest meeting soft white sand and the sparkling Coral Sea. After an hour or so, I arrived at the five-star Sheraton Grand Mirage Resort, Port Douglas,” he recalls.

The five-star Sheraton recently undertook a 43-million-dollar refurbishment and, David asserts, has rightfully snatched back its crown as THE hotel to stay at in Port Douglas.

“I stayed in a Deluxe Lagoon Pool Access room, which meant I could access the enormous lagoon pool direct from my balcony—very handy for a quick swim at any time of the day. The resort is huge but it was lovely to wander around and explore the tropical gardens, the Mirage Country Club, and relax soaking up the sun by the resorts endless lagoon pools,” says David. 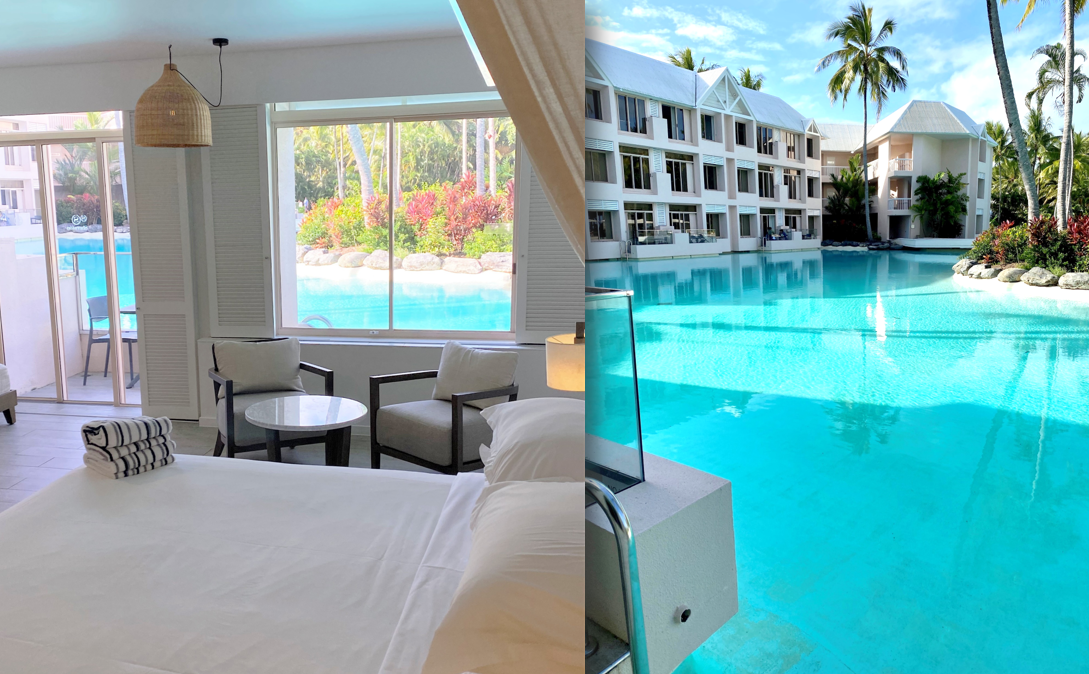 Sheraton Grand Mirage Resort has direct access to the stunning Four Mile Beach, and David reports that it is looking amazing and, despite implementing a number of conspicuous COVID precautions like mask wearing, social distancing and limited contact service, it still manages to project real five-star ambience.

“I spent my days wandering up and down the beach and heading into Port Douglas for fresh seafood meals and sundowners at the various bars in the town,” says David.

For casual beachside meals in Port Douglas, David recommends the Port Douglas Surf Club Bar and Bistro—known to locals as ‘The Surfy’. For something more formal, he suggests trying Zinc Port Douglas, and for sundowners try Hemingway’s Brewery or find a spot at the waterside ‘Tin Shed’ at the Douglas Community & Sports Club. 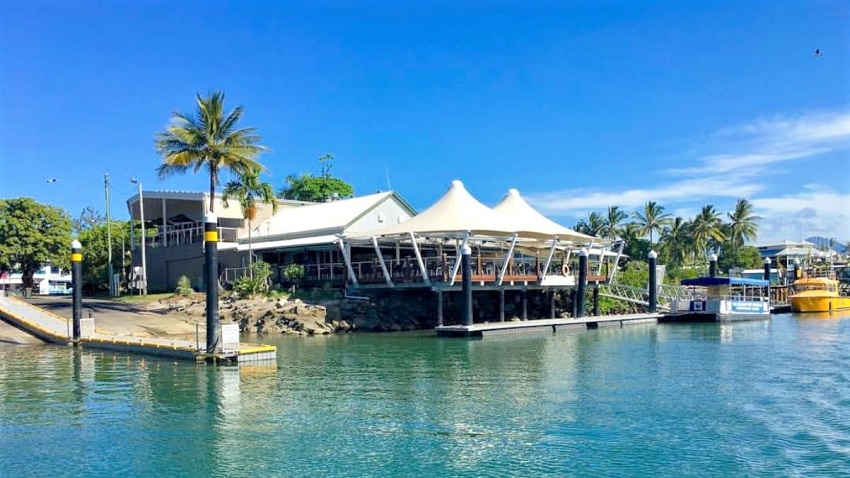 “I was very sad to leave the Sheraton and Port Douglas to return to Sydney. It was so nice to spend a few days being reminded of the amazing travel opportunities we can have in a post-Covid world even if they’re only domestic for a while.

“We’re so lucky to have this incredible destination just a few flying hours from every east coast city. As soon as those borders open again, I am heading back up to Far North Queensland for a slice of tropical Australian paradise,” says David.

For more information and special offers, simply leave us a note in the form below, or CALL US [1300 935 669] to discuss your specific requirements.