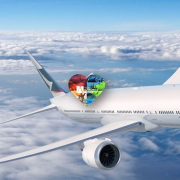 The Hong Kong-based carrier has just revealed a pair of First Class cabin concepts short-listed for its Boeing 777 aircraft, and has us all dreaming about flying at the pointy-end again even if that might still be some time off. 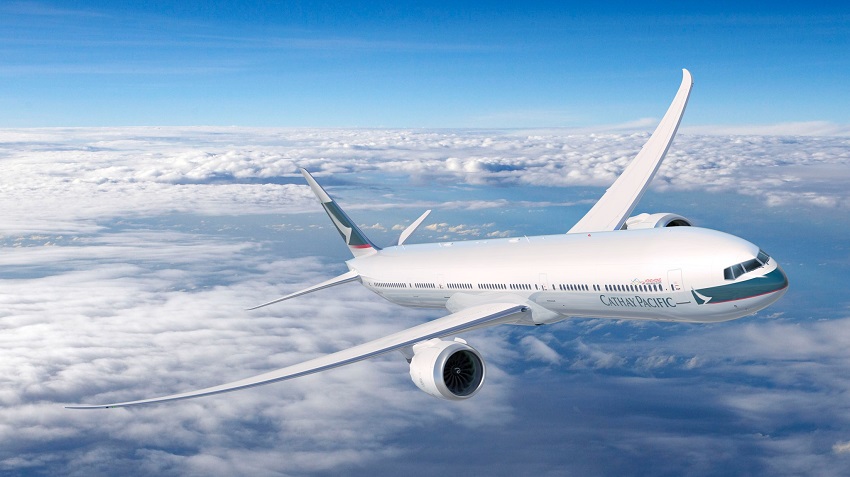 Image: Rendering of a Boeing 777-9 in Cathay Pacific livery

After signing an order for 21 Boeing 777-9s in 2013, deliveries of Cathay’s new flagship aircraft were scheduled to begin this year and flow through to 2024. But with the airline delaying the arrival of its first Boeing 777-9 aircraft out beyond 2025, its new First Class cabin is long overdue.

The new cabin designs were conceptualised by renowned European design agency, Yellow Window, after it was short-listed following an international design competition.

The competition asked design agencies to develop a concept that offered passengers an “immersive, inspiring, innovative, sensory on-board experience bearing the hallmark of the Cathay Pacific brand’s spirit of excellence.” 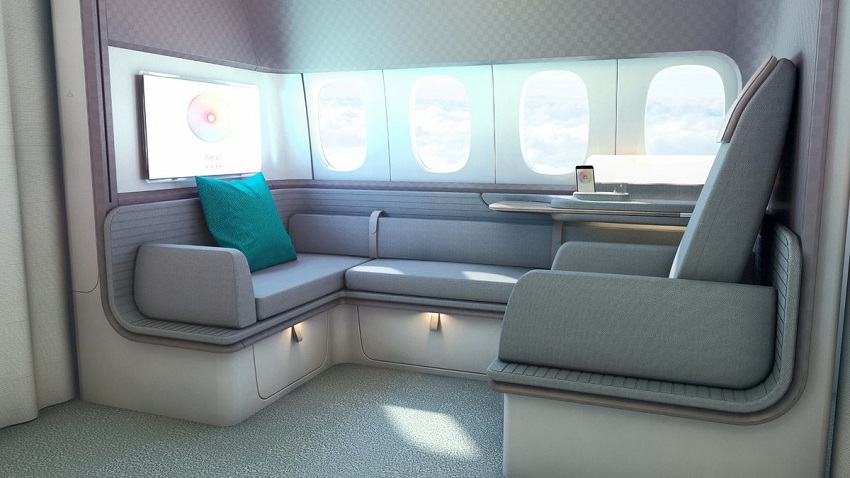 According to Yellow Window, the designs are “based on a concept of ‘metamorphosis’ and the first-class suite must be able to offer different spaces for different points in the journey, becoming a lounge, an office, a dining room and a bedroom.”

“Over the years we have been inspired by significant passenger-experience developments in the premium cabins of the world’s best airlines, and our clients have certainly enjoyed experiencing them. If it were implemented aboard Cathay Pacific’s 777s, Yellow Window’s First Class cabin concept would surely strengthen the airline’s position as leader among the world’s top carriers,” says The Travel Authority Group’s CEO, Peter Hosper.

The first concept offers a tremendous amount of space in an elongated, apartment-style space in a 1-1-1 configuration across the cabin. 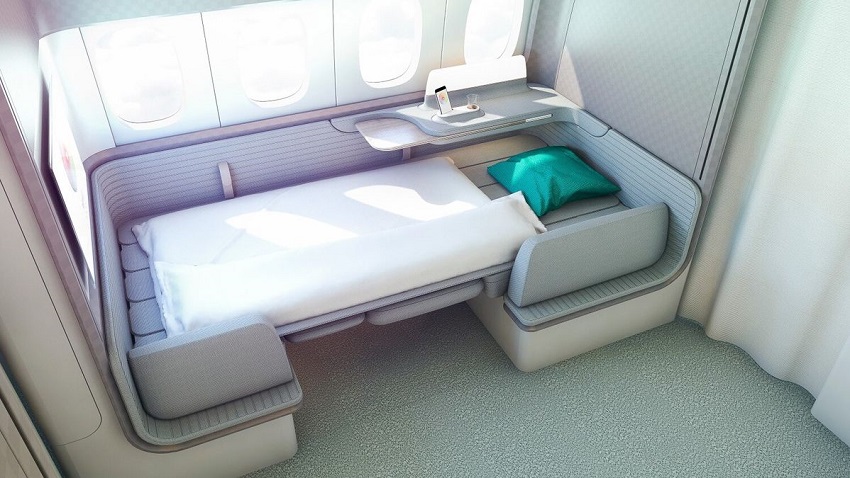 The suite transforms into bedroom-mode by releasing a fold-out surface which can be extended for the entire width of the suite, creating enough space for a long, fully-flat bed. 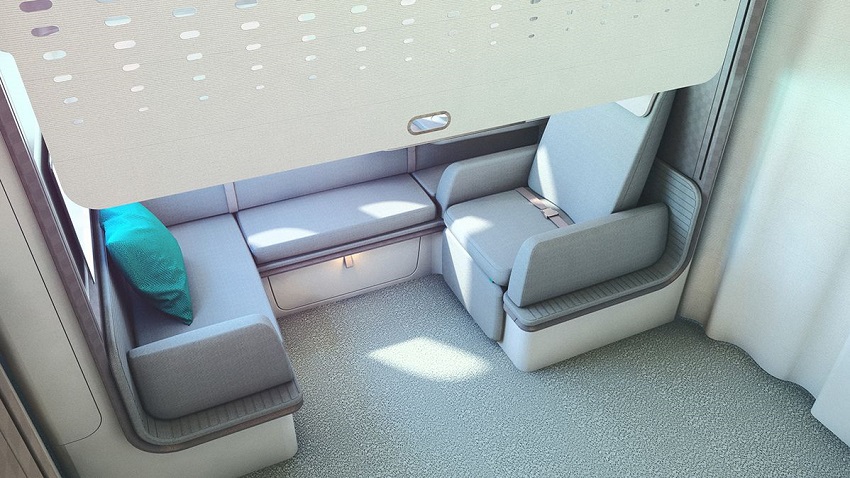 Image: A blind can be lowered from the ceiling to the floor for privacy in what is otherwise an open-plan style cabin. 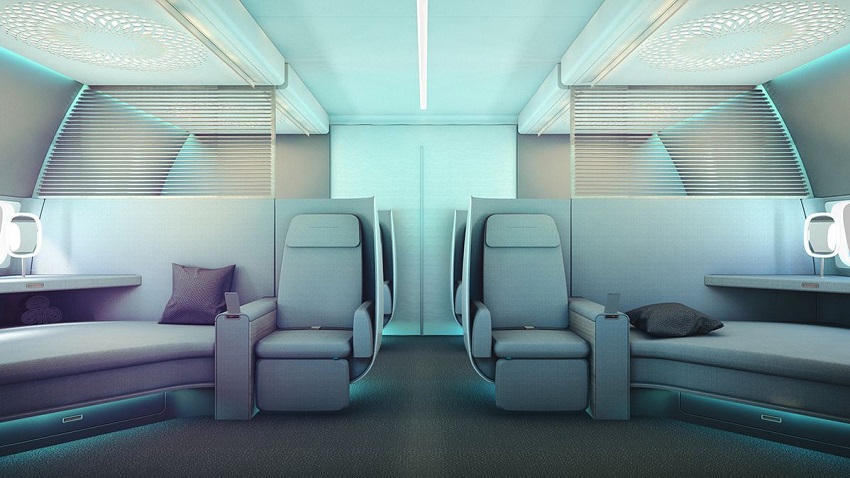 These would be coupled to allow for a total of four First Class berths on the aircraft, with features like a large flat-screen video panel, and curved panels around each suite for privacy without having to use sliding panels or doors. 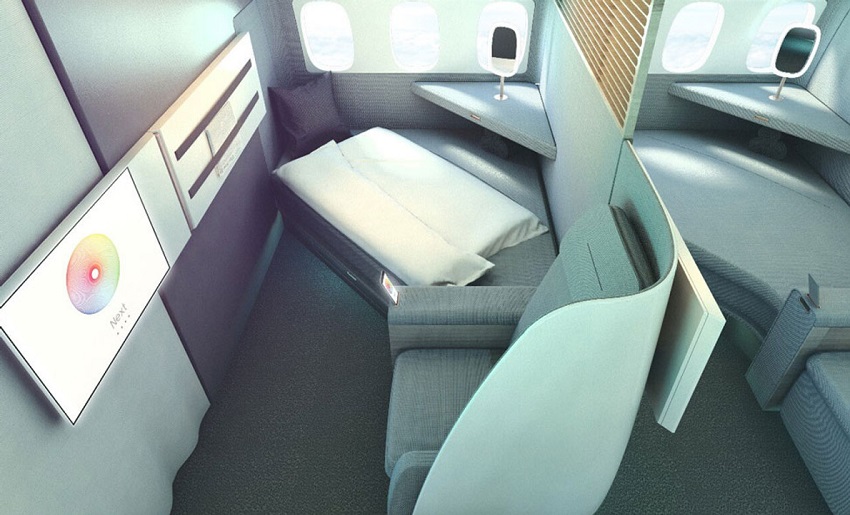 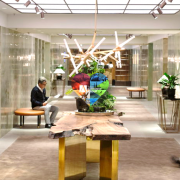 Cathay Pacific has temporarily closed three of its lounges at Hong Kong International Airport (HKIA), namely The Bridge, The Deck and The Pier First Class Lounge, from today (17 February 2020) until further notice.

This follows a coronavirus-related short-term capacity reduction of 30% across the combined networks of Cathay Pacific and Cathay Dragon. 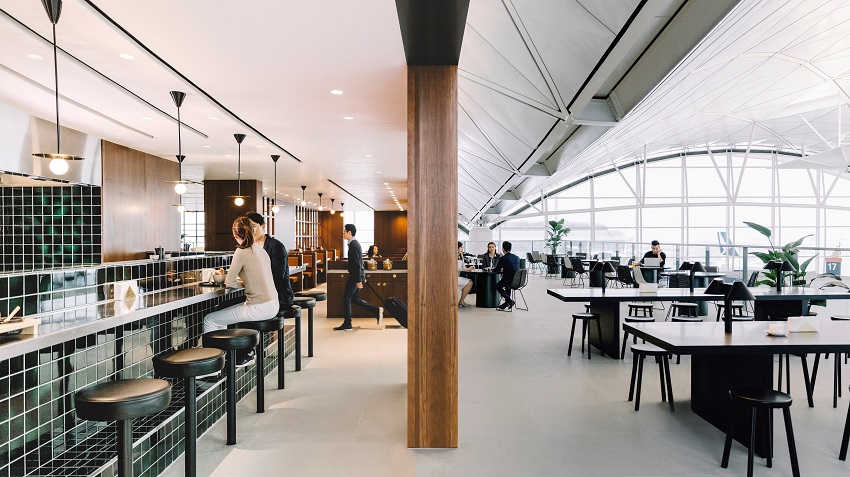 The airline went on to describe implementation of health and safety protocols at it lounges at HKIA, Shanghai Pudong International Airport and Beijing Capital International Airport, where buffet services have been replaced by individually-packed meal options supplemented by made-to-order hot food from the Noodle Bar.